Fitbit has launched Versa, its latest full-featured smartwatch. But do you really need these features or more than these from your new fitness tracker? Let’s take a closer look at this Fitbit Blaze vs Versa 2022 comparison to understand which fitness smartwatch is best for you.

The Fitbit Versa is an amazing smartwatch. The design is stylish and luxurious. Fitbit has improved its predecessors at this price point in almost every way, from adding Wi-Fi and NFC to making the Versa waterproof.

Fitbit Blaze from the vivid full-color display to the lightweight construction, it’s easy to use all day long. Pair this with fantastic battery life and you have a fitness tracker you can be proud of.

Both smartwatches are great in the wearable fitness tracker catalog, now let’s see if the Blaze or Versa is right for you in 2022.

Fitbit Blaze vs Fitbit Versa: Which one is best in 2022?

The Fitbit Versa is a significant improvement over the Blaze in design and functionality. In terms of price, the original Versa was about the same price as the Blaze when it first came out, meaning that it already offers a great value for money.

Also, the fact that Fitbit has discontinued the Blaze means there isn’t much to do already. Third-party retailers already have limited stock and may no longer have replacements for defective products. Also, there are no upgrades or updates to the features. And when customizing, you may not get the accessories you want. 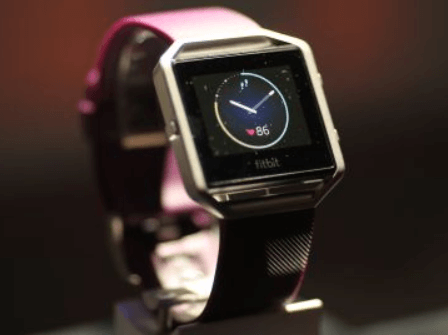 If you’re looking for a smart fitness tracking watch at a discounted price, then definitely get the Blaze. If it works well, that’s great.

But if you don’t mind spending a few bucks more, go for the Versa. You’ll enjoy some great additions and there’s an opportunity to get accessories for more styling and customization options.

2. PurePulse heart rate: Fitbit Blaze provides continuous wrist-based heart rate monitoring with PurePulse technology. This means you can see and maximize your workout intensity with a sustained heart rate and simplified zones without the use of a constricted and uncomfortable chest strap.

3. Smart track: Blaze uses SmartTrack to recognize and automatically record your workouts. So even if you forget to log your activity, you can still get credits as long as your Blaze is on.

4. Connected GPS: You can connect your Blaze with your smartphone’s GPS to map your route. So you can see running stats like time and pace displayed on the screen.

5. Workout Goals + Summary: You can set a weekly workout goal in the Fitbit app, then check your workout summary in Blaze to see where you’ve reached your goal.

The Fitbit Blaze does a great job tracking fitness and has great features to help you stay motivated to reach your fitness goals. Fitstar is also an interesting add-on for those who like a workout challenge.

However, many people are confused as to whether Blaze belongs to the category of fitness trackers or smartwatches. It’s a lot smarter than a regular fitness tracker. However, it is somewhat lacking as a smartwatch.

2. PurePulse heart rate: Like the Blaze, the Fitbit Versa has a PurePulse heart rate that continuously monitors your heart rate. It also has automatic sleep tracking to track your sleep quality and sleep stages from light to deep to REM and gain insight into the night.

Additional features you can find on Fitbit Versa include:​

3. Onboard music storage: You can upload more than 300 of your songs to your device. You can also sync it with Deezer playlists. You can also listen to music using a Bluetooth device.

4. NFC contactless payment: You can run without carrying a big wallet or cash. With Versa, you can stop by your favorite coffee shop and pay with Fitbit Pay.

5. Fast answer: Like Blaze, you can receive call, text, and calendar notifications here. But with Versa, you can quickly respond to messages you receive on your Android phone.

7. Women’s Health Tracking: Ladies, you can record your menstrual cycle and compare it to other health metrics like activity, weight, and sleep.

The Fitbit Blaze is at the upper tier when it comes to pricing in the Fitbit lineup. However, the Blaze has been on the market for several years now, and it’s on sale at a significant discount.

Given the sale price at which you can find it, the Blaze is a far more interesting value for those looking for a reliable fitness tracker. And with the money you save, you can buy a few more bands and have accessories that look great in any case.

On the other hand, The Fitbit Versa comes at a very competitive price point of under $200. You can get great performance at this price. For hundreds of dollars more than the best smartwatches on the market, it’s well worth it.

The Fitbit Blaze and Fitbit Versa are fantastic smartwatches. Both are worthwhile in their way, but obviously, the Versa can do it all and may offer extra features. So, in all matters, the Versa will take the winner spot and rise to the top.

All in all, the Fitbit Blaze and Versa are special and amazing smartwatches. There is no doubt that both deserve to win, but there is only one winner in this comparison. Versa does everything the Fitbit Blaze can do and more, adding a host of features and specs. There are additional sensors to track additional movements and activities.

Not only that, but it Versa supports more sports activities than the Blaze. The Versa has also improved relationships with music and NFC support, and best of all, it’s water-resistant to attack and conquer the Blaze once again.

There is a cost difference between them, but not enough to get the Versa all the attention. For ultimate power, the Versa is the perfect companion, but the Blaze is still happy and can satisfy users who want to have a great watch.

In general, the Fitbit Versa is a watch that has gone all the way to being superior and satisfying its customers in the long run. 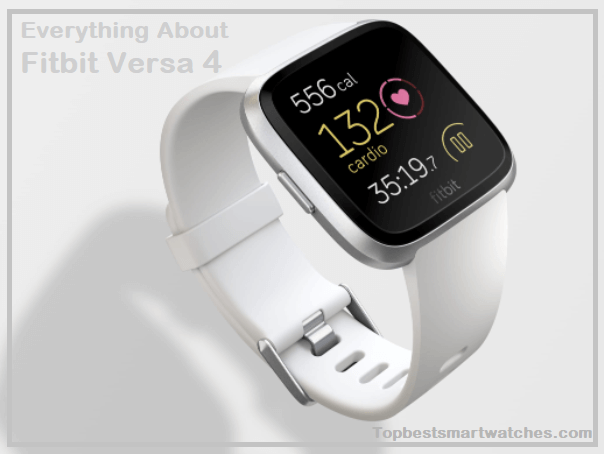 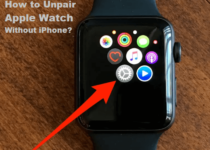 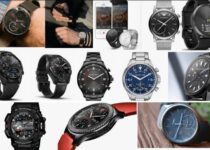