Skip to content
Home
Blog
How Do Watches Work Without Batteries?

There are several types of watches that do not require batteries at all, such as automatic and mechanical watches.

There are also Kinetic and Eco-Drive watches that use solar batteries, so it is not true to say that they will work completely without batteries. 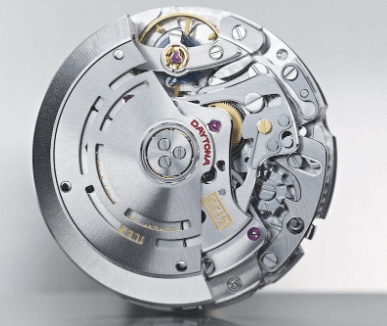 However, the battery is rechargeable and does not need to be replaced, making it a good choice for anyone who doesn’t want to completely replace the watch battery.

How Do Watches Work Without Batteries?

An Automatic watch contains a rotating pendulum and the natural movement of the wrist winds and strengthens the watch. Also called automatic watch. It’s incredibly unique because it’s powered by almost every action you do in your daily life.

However, to keep the time accurate, it must be worn daily, as the watch will stop winding without movement. Collectors who like to wear different watches in different situations can use a winder to keep their watches running.

Mechanical watches have a mainspring that is used to power the watch. This will power the balancing wheel, which vibrates at least 4 times per second. They are hand-wound regularly by the wearer. This can be done daily to once a week. This depends on the type of spring used and the amount of power it generates per wind.

This electrical energy is transferred to the battery and essentially self-charges. The reason I’ve included Kinetic watches on this list is that they technically have a battery, but are self-charging and require replacing much less often than the batteries in conventional quartz watches.

Also, not the disposable batteries you normally see on watches. These batteries need to be replaced much less often. A great alternative to quartz watches if you want something that requires less maintenance.

Eco-Drive is Citizen’s solar lineup. Recharged by light and sun, the Eco-Drive watch lasts up to 24 hours in just 2 minutes on a sunny day.

Like the Kinetic watch, the Eco-Drive has a battery. However, these batteries are intended for charging and reuse and are not traditional disposable batteries.

One problem with Eco-Drive watches is that they can lose charge if stored for up to six months in a dark environment. However, this is quickly resolved once you get it out in the sun again.

Advantages of a batteryless watch

Who makes watches without batteries?

The main player is Seiko. Other companies are also experimenting with batteryless technology. Citizen makes a battery-free movement and sells it to Festina for use in watches. There are also other companies who are making without batteries watches.

Are a battery-free watch as accurate as a battery-powered watch?

No, most watches from Rolex these days do not have batteries, except for the Oysterquartz models. Instead, it is driven by an internal permanent rotor. Each time the wearer’s wrist moves, the rotor rotates and transfers energy to the watch’s mainspring, providing a constant, stable power source.

Rolex is automatic and is designed to rewind automatically using the wearer’s everyday natural movements. However, if the watch is left in place for several days without being placed in the winder, it will eventually stop working. By loosening the crown, you can start winding the Rolex.

Does the wearer know how long the watch will work after taking it off?

Yes. Watches without batteries have a power reserve indicator that shows how long the watch has been running after the watch is removed.

Mechanisms vary from brand to brand and from model to model. On Seiko Kinetic models, the wearer presses a button, and the secondhand moves to indicate how much power is left. When the hand is fully charged, it moves in an arc for 30 seconds. If it moves less than a full 180 degrees, the watch is only partially charged.

Some watches have a warning system that the wearer is low on power. For example, on the Seiko Kinetic model, the second hand oscillates every two seconds to indicate that the watch has only a few hours remaining.

How to fill the power reserve? Should I wear my automatic watch all the time?

There are several ways to always keep your power reserve full. Wearing a watch every day is the first thing that comes to mind. Wearing an automatic watch can continue to add a power reserve as long as your wrist movement is adequate.

However, in general, wearing the watch for 8-9 hours every day will deplete its power reserve and prevent the watch from stopping.

How long does the automatic watch power reserve last?

The amount of potential energy (or power reserve) that a mainspring can hold depends on the design of the watch movement and the materials used for the mainspring.

How does the mainspring work the watch?

In other words, it transfers the potential energy inside the mainspring to the movement of the clock components.

This kinetic energy is transmitted throughout the watch movement from the gears to the balance wheel and finally to the time display.

Final words about how do Watches work without batteries

There’s nothing worse than opening a watch box for a special occasion, and you’re ready to get your favorite quartz watch, but you realize that the battery is dead and needs to be replaced.

This is why a battery-free watch is worth considering. Mechanical watches and automatic watches are fully powered by the power delivered when the watch is wound or worn on the wrist, respectively.

Kinetic and eco-drive watches have special types of batteries that don’t need to be replaced like the traditional batteries in quartz watches and are often worth considering. 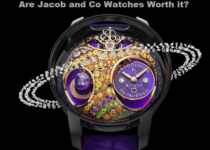 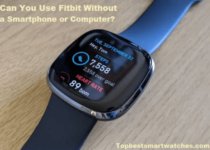 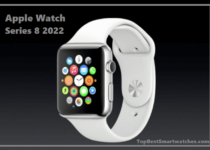